Daniel Hausser and Taylor Mason are young, single, and carefree. So carefree, in fact, that when they first meet, they trust each other from the start. While in the pool, Daniel strikes up a conversation, curious to know about Taylor, and where he’s from. After mucking about, in the pool with an inflatable–what is it about boys and balls?–Daniel proposes a game. The last one to the ball at the other end gets fucked. Taylor is up for it, but we think he loses on purpose because the next thing you know, this adorable twink has an uncut cock in his mouth. Soon, he’s bareback fucked while out on a covered patio, overlooking the Spanish country 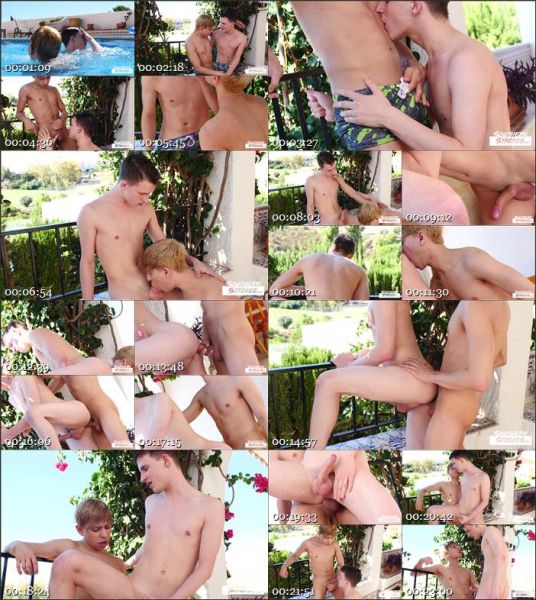